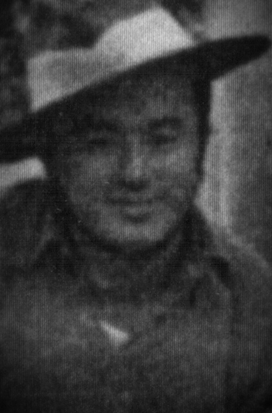 Born in Vancouver in 1919 he moved to Toronto as a teenager. He was refused an interview for the RCAF because of his Asian heritage but in 1940 joined the RCAMC as a medical orderly. He joined the Medical Corps Band at Camp Borden. His singing talent won him a spot on the Major Bowes radio show. Eddie caught Kendall’s attention and was recruited for Oblivion. He was nicknamed “The Entertainer” by the Oblivion operatives because of his one-man shows.