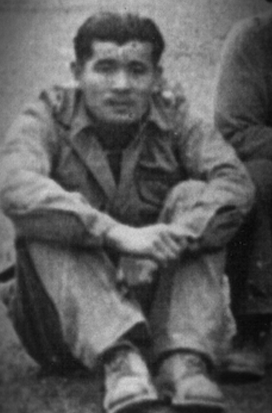 Born in Victoria B.C. 1912. He was in active service with the 16th Canadian Scottish Reserve in 1943. He had anti-aircraft and basic training in Vernon B.C. Stationed in Gander Newfoundland for 8 months in the 56th Heavy AA Battery then returned to Camp Borden for infantry tank support. He was already a Sergeant when Kendall recruited him out of Toronto. Known for his handy man skills he was also the camp barber. After Oblivion was scraped he was redeployed in the Philippines where he repatriated POWs.